The mid-size SUV Hyundai Terracan was produced from 2002 to 2007. In this article, you will find fuse box diagrams of Hyundai Terracan 2005, 2006 and 2007, get information about the location of the fuse panels inside the car, and learn about the assignment of each fuse (fuse layout) and relay. 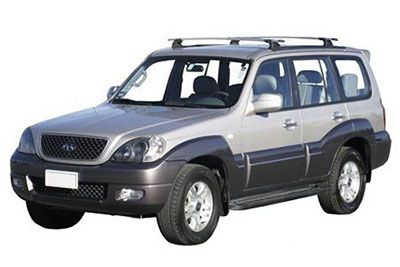 Information from the owner’s manuals of 2005, 2006 and 2007 is used. The location and function of fuses in cars produced at other times may differ.

The fuse box is located on the lower portion of the dashboard adjacent to the bonnet release (behind the cover). 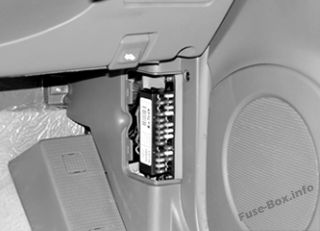 The fuse boxes is located in the engine compartment.

Not all fuse panel descriptions in this manual may be applicable to your vehicle. It is accurate at the time of printing. When you inspect the fuse box on your vehicle, refer to the fusebox label. 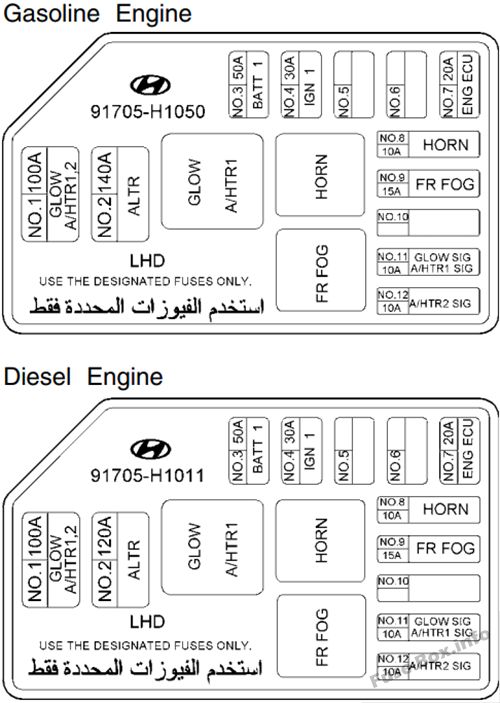 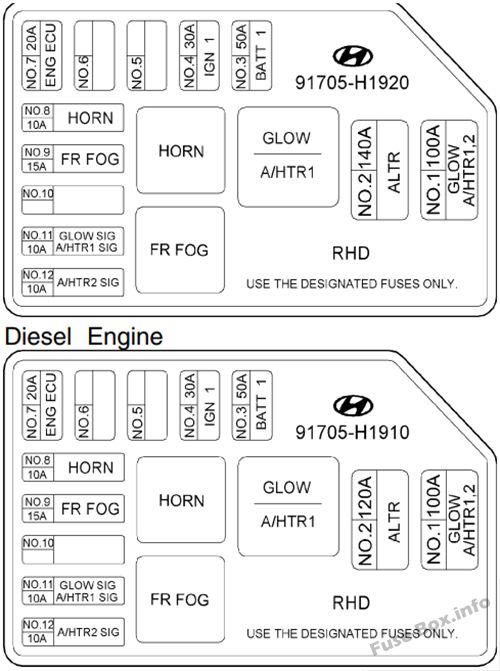 Assignment of the fuses in the Engine compartment box #1 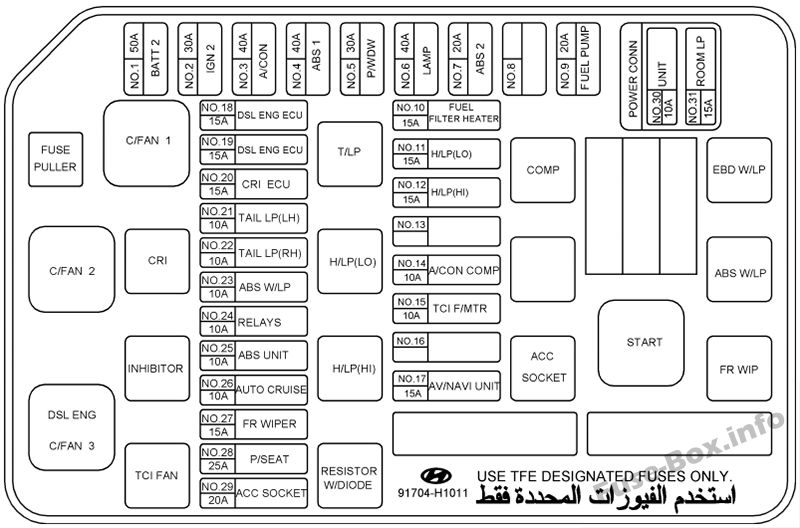 Assignment of the fuses in the Engine compartment box #2