In this article, we consider the third-generation Renault Laguna, produced from 2007 to 2015. Here you will find fuse box diagrams of Renault Laguna 2012, get information about the location of the fuse panels inside the car, and learn about the assignment of each fuse (fuse layout). 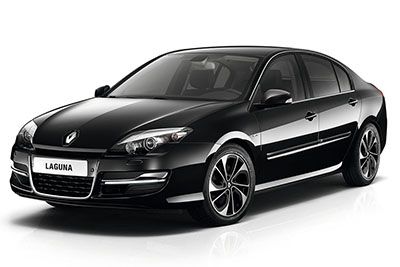 Information from the owner’s manual of 2012 is used. The location of fuses in cars produced at other times may differ.

Some accessories are protected by fuses located in the engine compartment in fuse box A. However, because of their reduced accessibility, we advise you to have your fuses replaced by an approved Dealer. 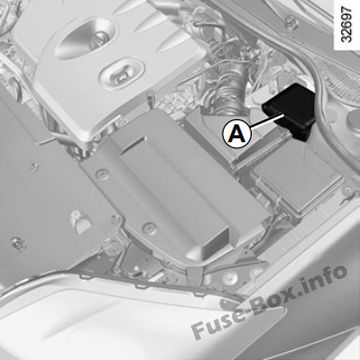 The fusebox is located behind the storage compartment on the instrument panel. 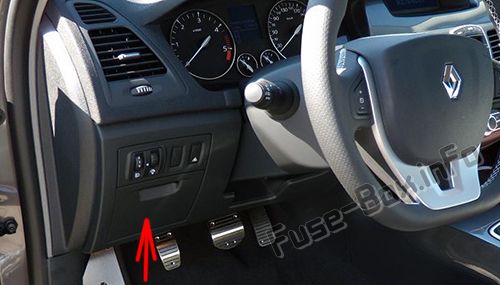 Open storage compartment A. Press tab 1 to move it then pull it towards you to unclip it. 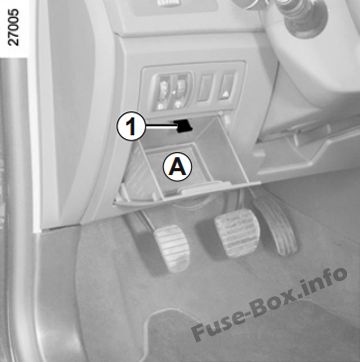 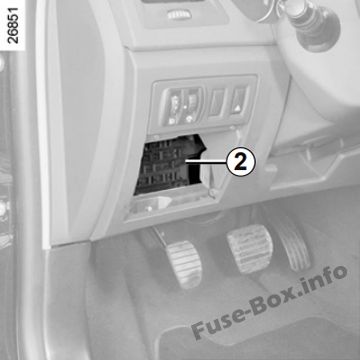 To identify the fuses, refer to the fuse allocation label. 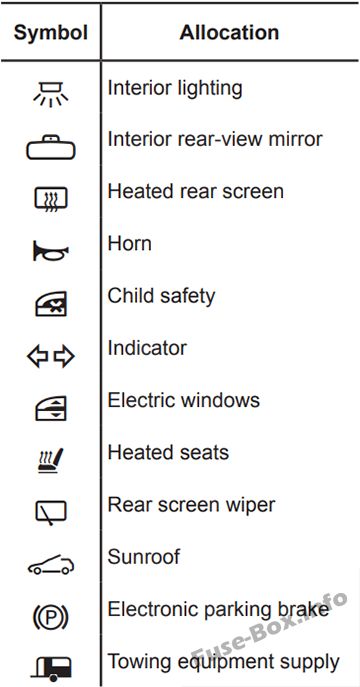 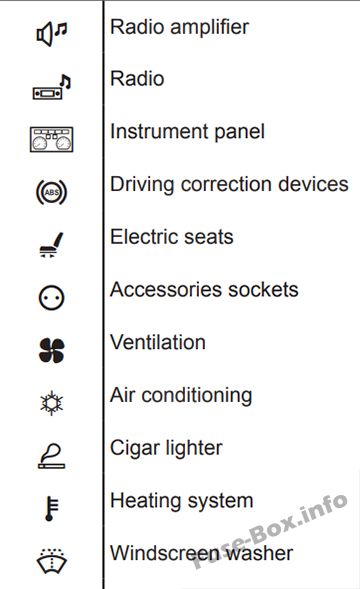