In this article, we consider the third-generation Mitsubishi L200 after a facelift, produced from 2002 to 2005. Here you will find fuse box diagrams of Mitsubishi L200 2002, 2003, 2004 and 2005, get information about the location of the fuse panels inside the car, and learn about the assignment of each fuse (fuse layout). 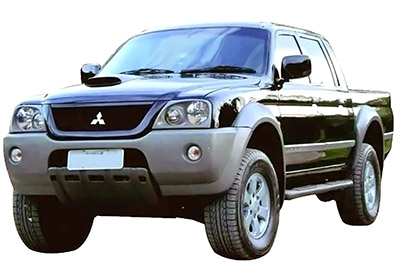 The fuse box is located in the instrument panel (on the left side). You may have to remove some trim pieces to access it. 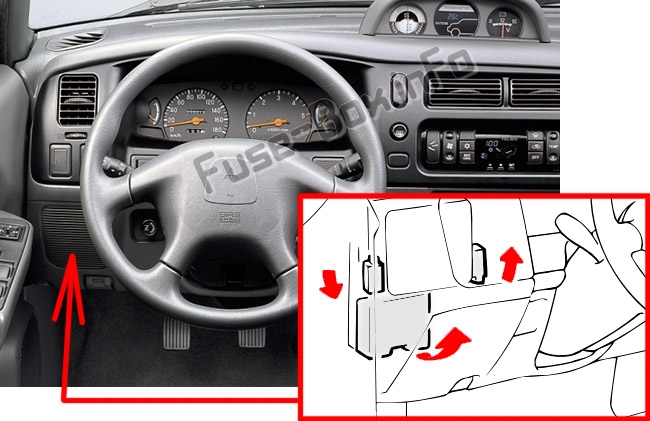 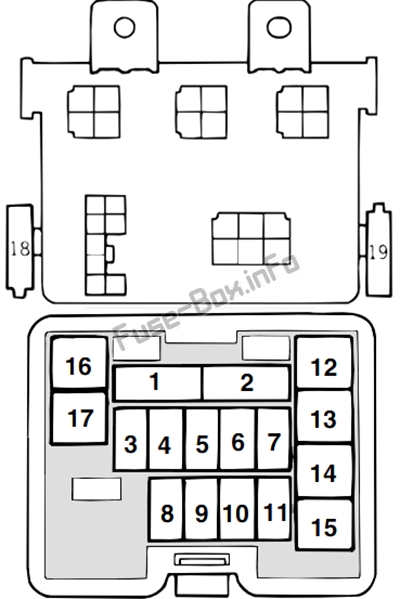 Assignment of the fuses in the Instrument Pane 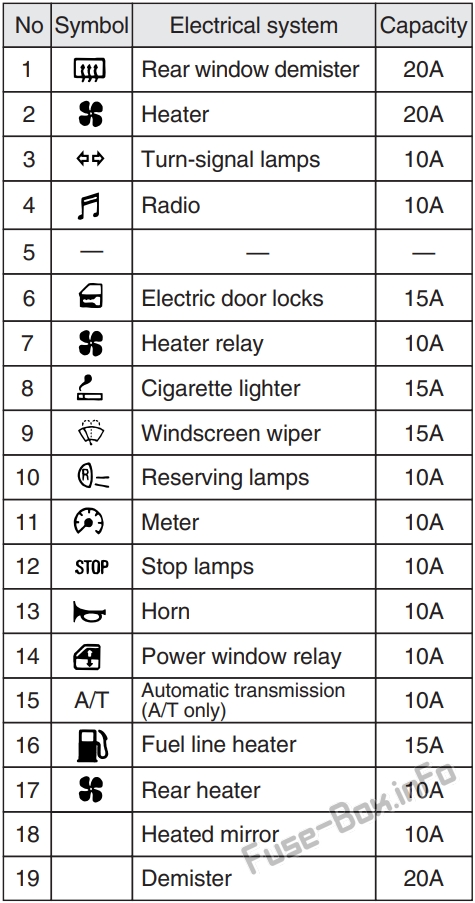 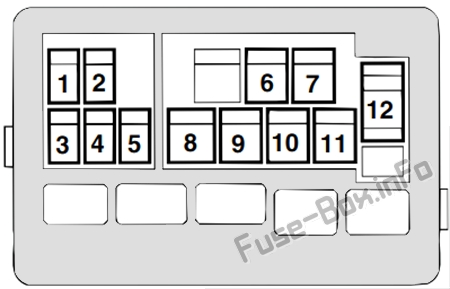 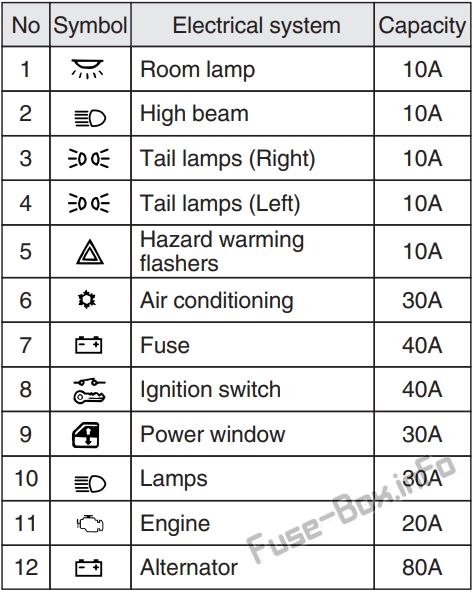