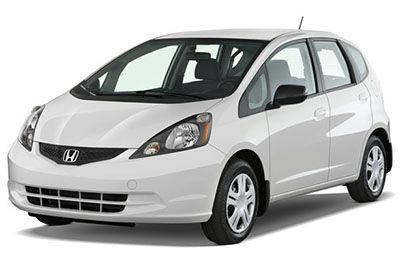 Cigar lighter (power outlet) fuse in the Honda Fit is the fuse #13 in the Instrument panel fuse box.

The vehicle’s fuses are contained in two fuse boxes.

The interior fuse box is behind the panel. 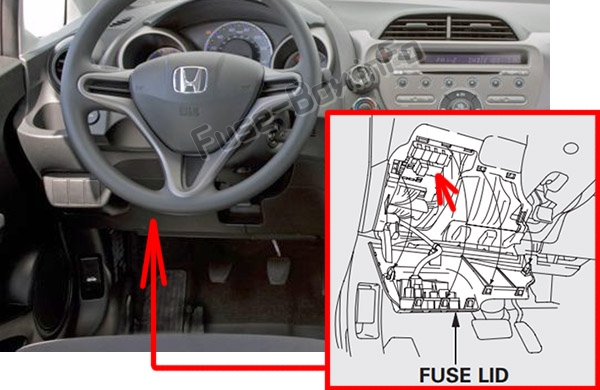 To access it, pull the fuse lid toward you. Fuse locations are shown on the label on the side panel. 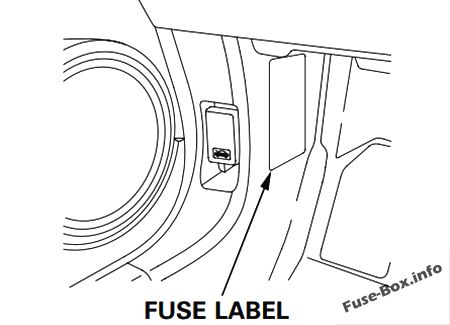 The under-hood fuse box is on the positive terminal of the battery. 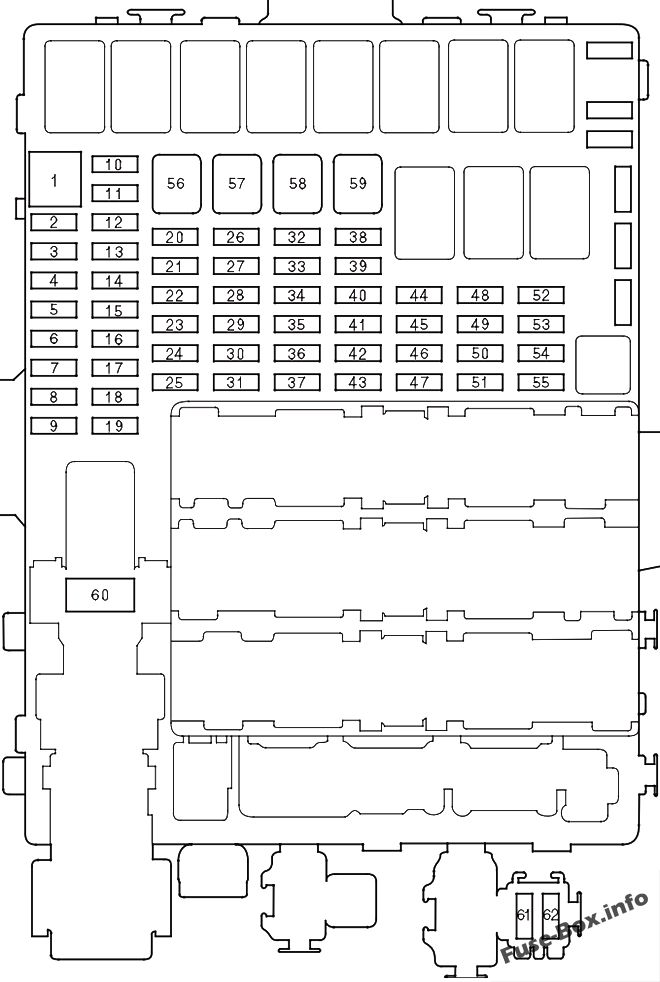 Engine compartment (on the battery) 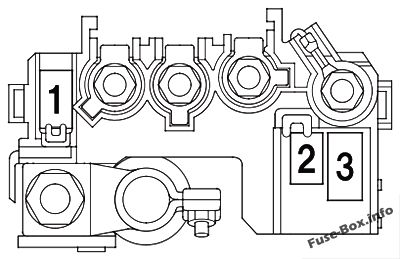 Assignment of the fuses in the Engine compartment (On the battery)