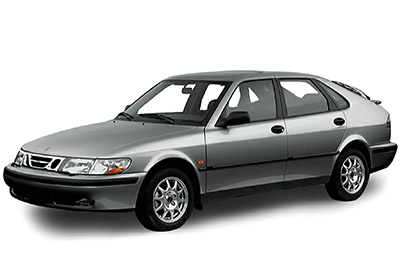 Cigar lighter (power outlet) fuse in the Saab 9-3 is the fuse #6 in the Instrument panel fuse box.

The fuse box is located behind the cover on the driver’s side of the dashboard.
The relay holder is located under the instrument panel next to the steering wheel. 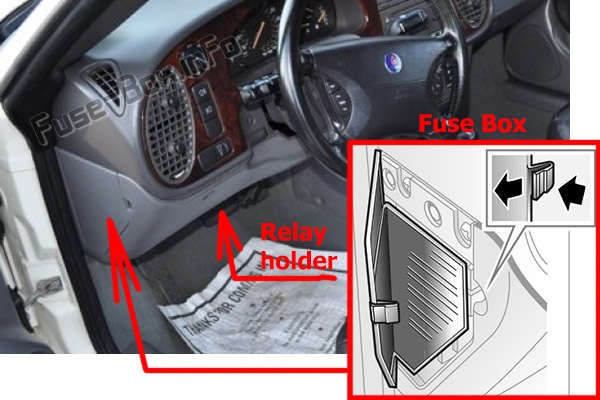 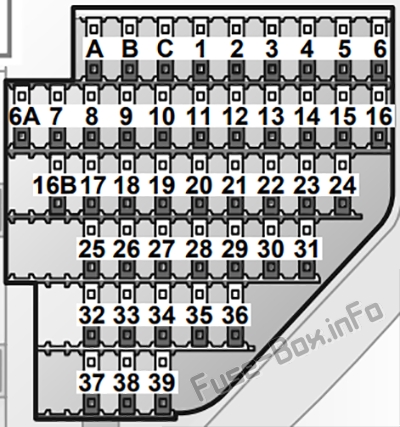 Assignment of fuses in the interior fuse box 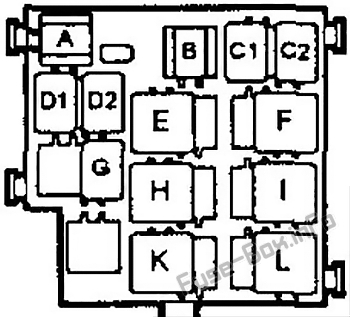 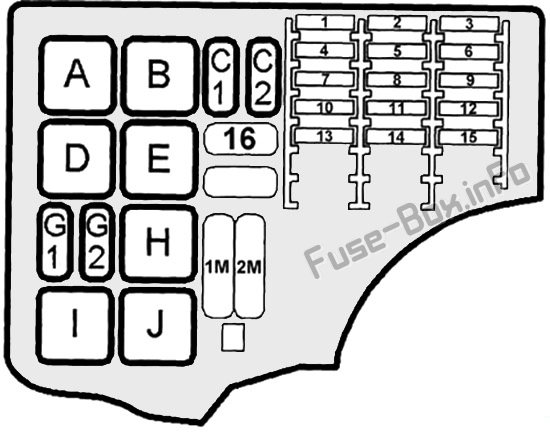 Assignment of fuses and relay in the engine compartment