Cigar lighter (power outlet) fuse in the Citroen C-Crosser is the fuse №19 in the Instrument panel fuse box.

Left-hand drive vehicles:
It is located at the bottom of the dashboard behind the storage compartment (on the left).

Right-hand drive vehicles:
The fuse boxes are placed in the lower part of the fascia behind the glove box.

Open the glove box, push the two opening guides A inwards to pass the first notch, remove the retaining tab B pulling it outwards, support the cover and tilt it downwards. 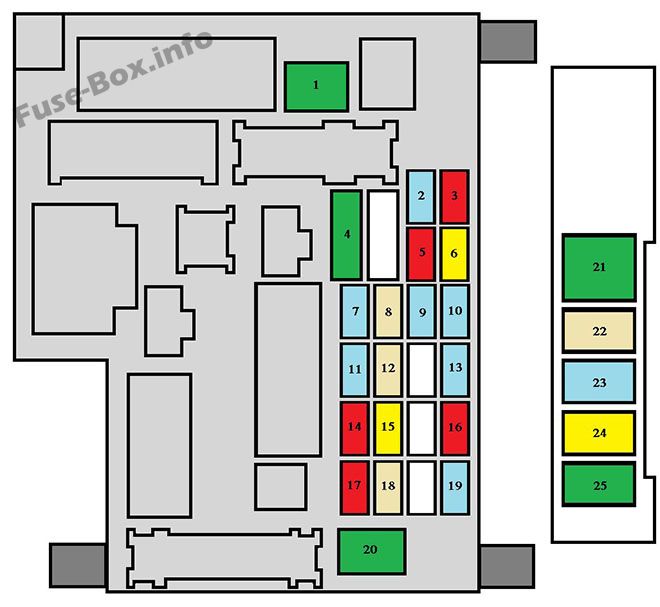 It is placed in the engine compartment near the battery (left-hand side).

Press on the hook A to release the catch, remove the cover completely. 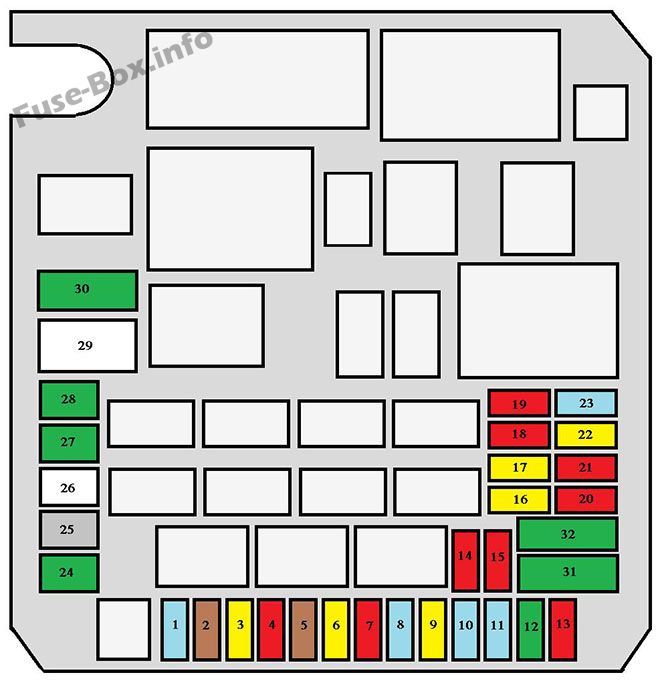