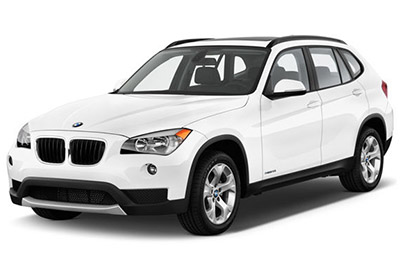 Fuse box in the glove compartment

It is located behind the glovebox (lower the glovebox all the way down by removing the holders and pressing the fasteners on the sides). 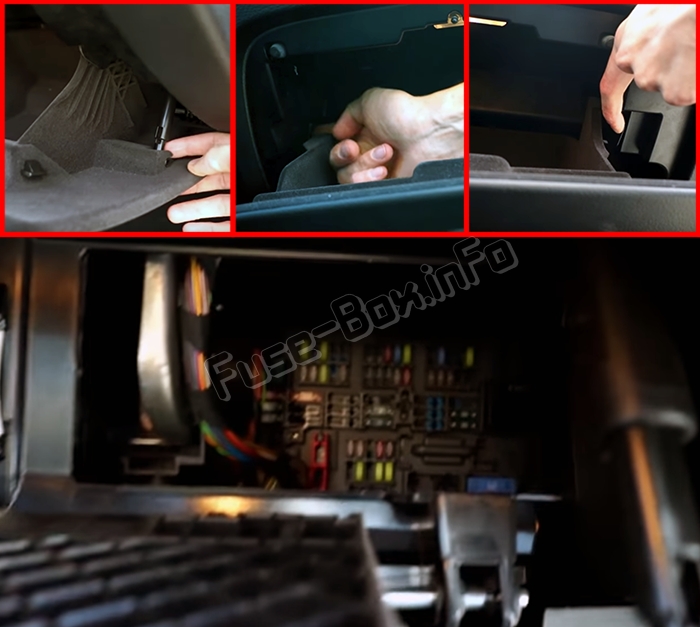 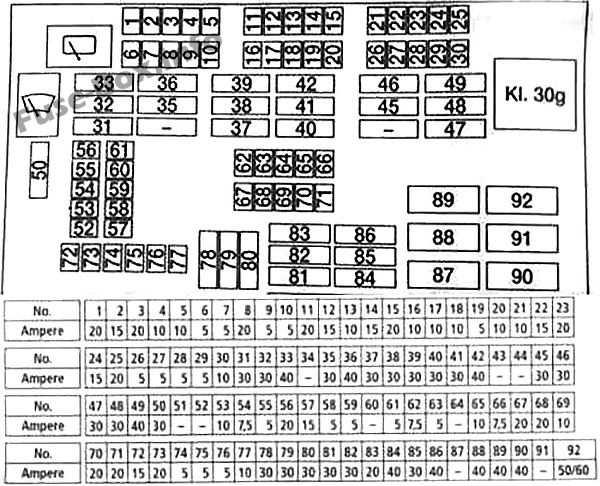 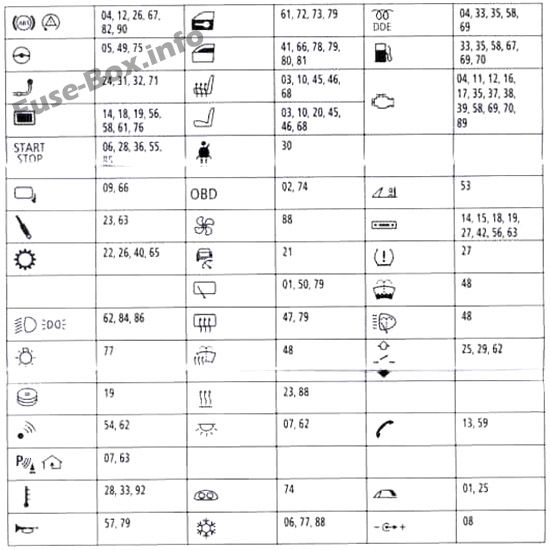 Fuses on the battery in the luggage compartment 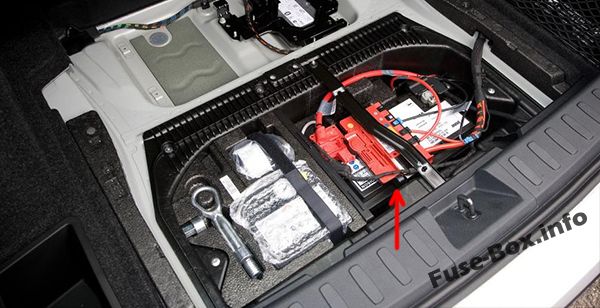 Relays in the engine compartment

Here are located the relay CD-changer, relay supercharger, variable valve actuator relay and others, depending on the equipment of the car. 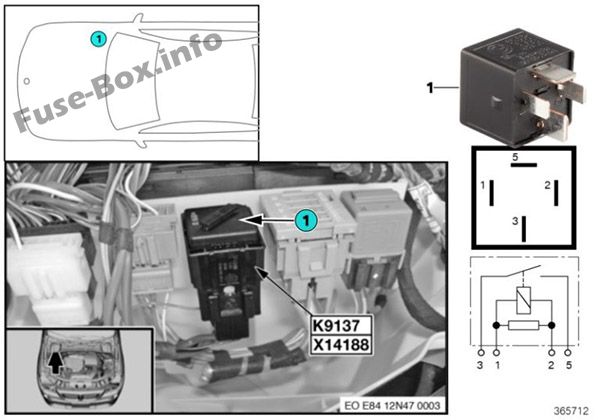